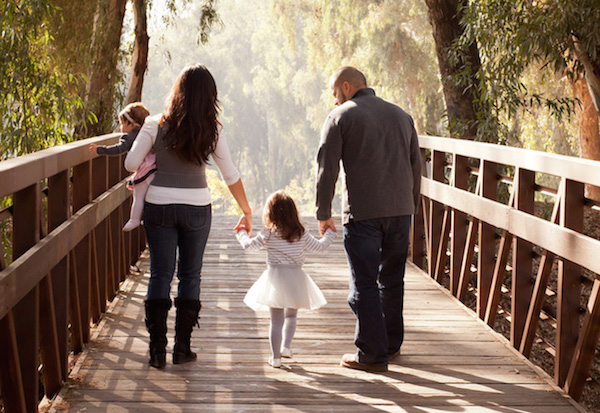 When my husband and I got married, we already knew we shared a lot of the same views on parenting. The funny thing about that is when you become a parent, your views on parenting tend to change. Everyone is a perfect parent, until they become one; or, as my husband is fond of quoting Mike Tyson, “everyone has a plan until they get punched in the face.”

In my relationship with my husband, we thankfully don’t have drastic differences in our parenting styles. I’m undoubtedly more of an attachment parent, but my husband’s style meshes well with that. Unfortunately, there are still different things that we butt heads about and disagree on, at least occasionally. Sometimes this has caused our relationship to be under undue stress.

It is no secret that parenting is hard, and for many couples, it can add stress to a previously healthy relationship. Late nights, diaper blowouts, childhood illnesses, and toddler tantrums aren’t exactly the picture of romance, but that doesn’t mean that your life and relationship will be in a strained state forever. In fact, it doesn’t have to be even in the midst of all of this.

Here are 3 things you need to do when you and your partner have parenting disagreements!

This is the first thing that I list because I believe it is the most important. Remember to respect one another when you are having a parenting disagreement! It can be difficult to discover you are not on the same page with one another, but it isn’t the end of the world.

There is so much disrespect leveled at you when you are a parent that I feel like most parents are conditioned to assume disrespect is meant, no matter who they disagree with a decision in parenting with. When you are talking about a disagreement with a partner, you must remember that they are likely under just as much pressure as you and are only doing and saying what they feel is best. That doesn’t automatically mean they think your opinion is invalid or even that they would disagree with you if they were considering all the variables you are.

Take time to make sure you each feel heard (this means leaving any distractions like technology behind) and discuss the situation at hand without making assumptions about the other person.

Having the right perspective in a parenting disagreement goes right along with respect. It can be strikingly easy to immediately view your partner as “against” you in a disagreement, but you must remember that not only are they not “against” you, they are your teammate!

There is no winner or loser in this situation unless you handle it poorly, in which case everyone, including your child, will lose. If your precious baby sees you bad-mouthing your partner behind their back or to their face, what does that tell them? That someone they share DNA with (assuming the child is a biological mix of you both in this instance) is hated by the other parent? If they see you acting like you hate mommy or daddy, in the child’s mind that could be taken as you hate half of them!

It is better to act as united problem-solvers than argue as though you were on opposite teams in a brawl. Try to go into a disagreement in a mindset that is united rather than in opposition to your partner.

There are many times in which a healthy marriage requires compromise, and parenting is most definitely one of them!

Sometimes there is no way for either of you to get the solution you want, and in those instances, it is best to come up with a compromise that best fits your child and the situation. Whether one of you gets what you want or not is not the point of a parenting disagreement. The point is to come together as parents to choose the best course of action to take with a situation in childrearing. 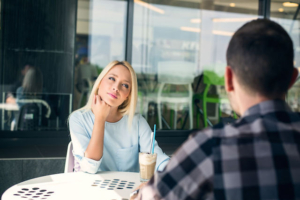 Dating: When People Give up Too Soon
Give promising situations a genuine chance.