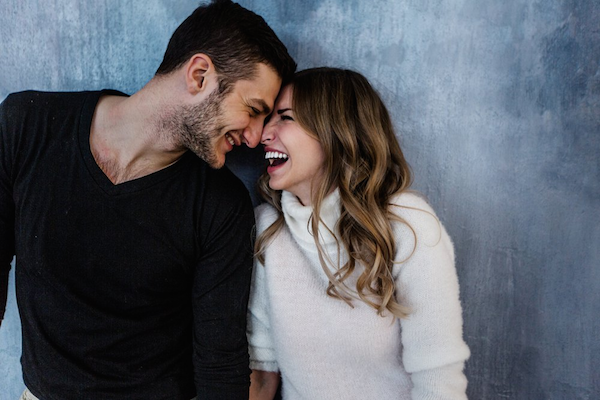 During the early dating period, it’s important to remember one major fact, and that’s that you shouldn’t waste your time or anyone else’s time. It’s important to know what you want or at least have some idea of what you’re looking for in a match. And when it comes to early dating, one of the best ways of making sure that you’re not wasting time, is to make the most out of every moment, out of every conversation, and out of each and every date that you go on.

Many times, people fear to ask certain questions early on, assuming that the types of questions that they should be asking should be simple, easy to answer, and not too deep. In many ways, that’s true, and you should keep things light for the most part, and especially during early dating. But the only way to truly get to know someone on a deeper level is to ask those questions that you might be thinking of asking, but that you’re holding yourself back from asking out of fear of prying or coming across as being too heavy early on.

Now don’t get me wrong, because there’s a big difference between being open enough and feeling comfortable to say what’s really on your mind and asking the questions that you want to know from someone who pours out everything and shares their whole life story, and many times having to catch their breath when doing so. Having said that, there are many things that you can say what’s on your mind and ask certain questions, yet still, come across as polite and less aggressive. One thing you can try is to start out by saying an apology before asking a question. For example, you can say something like, “I don’t mean to pry, and if it’s too much, you don’t have to answer,” or “forgive me if it’s too deep, but I wanted to ask you …” and things of the sort.

You shouldn’t be afraid to ask big questions during early dating, and if anything, it’s one of the best ways of really getting to know someone well and in a short period. As well, it’s also one of the best ways of not wasting anyone’s time or your own. It’s important to ask certain things early on so that you can see if you’re the best possible match, and whether or not you should go forward and keep dating a person. You should find out if you’re on the same page if you’re going at the same pace, and if you ultimately want similar things in life. As well, you should find out if you have any common interests, and you should make sure that the conversation flows, and that you feel comfortable communicating with one another openly and freely.

You should never be afraid to talk or to give your opinions on things, even if you think that the other person might disagree. That’s one of the best things about getting to know another person, because even if you’re not the best match for one another, at the end of the day, it’s always great to meet new people and to find out about each other’s differences, likes, dislikes, and whether or not you see things in a similar light when it comes to issues that are important to you in life.

Never be afraid to give your opinion or to share your views, and if perhaps you don’t agree on some big issues, no one’s going to force you to keep dating the person if they’re a big enough deal to you. Only you can decide whether or not you feel confident enough on a date that you’d like to pursue the situation further. But the only way to truly know how you and another person are going to feel is by opening up and getting to know one another on a deeper level. You can’t lose something that you don’t have. So get to know the person that you’re dating without being afraid of being your authentic self and showing who you really are at your core.

You shouldn’t be fake, but it’s important to remember to have good manners, to be polite, and to put your best foot forward by showing a little effort and appreciation when dating. And supposing that you don’t agree on some major issues or that during the date you find out that you’re truly not all that compatible as you might’ve thought, remain kind and cordial, because there’s no sense in burning a bridge for no apparent reason, and simply because you’re not the best match for one another.

Last but not least, when you’re on a date with someone, be open enough to let someone feel comfortable to ask you deeper questions about what you want in the future and what your views are in different areas. Ask them their views and what their goals are in life, and set the tone for open communication. Remember, even though it’s the early dating period, this is where it all starts, so whether or not someone is compatible with you and going to be the one who you explore your next relationship with, or whether you find out that you’re not the right match for one another, you still need to remember that you should ultimately be best friends with your partner. Therefore, being open enough to feel comfortable communicating, sharing, and asking questions is imperative if you want to develop that type of closeness that a best friend would hold.

Remember to be confident and to push fear aside when it comes to asking certain questions. And even if one or two dates that you go on thinks that you’re too being too heavy or direct and that your questions are a little too intense, it most likely means that they’re the wrong match for you. But don’t let it deflate your energy or diminish your confidence. You should still continue to feel comfortable being yourself and be stable when it comes to feeling comfortable by asking whatever questions that you’d like to know early on. Besides, when people tend to avoid big topics, there’s usually a big reason why which I’ll save for another article. Being open and feeling comfortable to speak your mind and say what’s on it is a beautiful quality and you should embrace it in yourself and in others.

“Success is not the key to happiness. Happiness is the key to success. If you love what you are doing, you will be successful.” 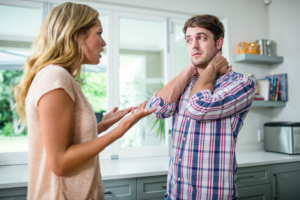