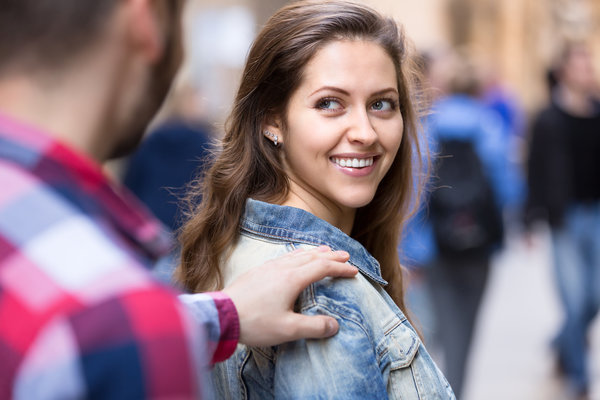 We all have certain things that we’re good at, and certain things that we could improve on. When it comes to our weaknesses or even our fears, many people would prefer to avoid those things all together, while others would prefer to face them head on or improve on the things that are their weak points. When it comes to fear and phobias and how we react to our fears and phobias, we all handle them differently. I wanted to discuss a little bit about one particular fear in the dating scene—the fear of making the first move, starting a conversation, and approaching someone you like. But also, I wanted to get into a little bit about how we respond, when someone else is possibly facing their fear of making that first move.

Making the First Move, Rejection, and How We Respond

Making the first move and initiating can be incredibly challenging for some people. And many times, much more challenging than it would be to others. Whether you’re confident or not, no one wants to be rejected. However, rejection happens, and it’s something that we all need to learn how to accept and deal with. Having said that, we should also work on our level of kindness when we’re rejecting someone. You see, it takes a lot of courage for someone to approach you and to make that first move and even say hello, let alone figure out a great conversation starter. And it’s important to remember that just because we might not perceive a conversation starter to be a good one, for some people, and perhaps for that one person who might have started a conversation that somehow came out awkward or weird to you, might’ve still taken an immense amount of courage, looking at it from another’s perspective.

How we respond or react to someone when we’re approached, is something that many people should be open to improving. People can be mean. There’s really no other way to say that. Many times, people can be arrogant or so consumed with how they feel, lacking empathy or concern, or even a thought to how someone else might be feeling, when it comes to being rejected. All that really needs to be said as far as this goes, is to remember to be kind and put yourself in someone else’s shoes whenever possible. Remember, we all have different fears and different challenges that we face in life. You can just as easily turn someone down or say no to someone in a kind and loving manner, yet still being direct, as you can turn them down in a cruel, heartless, arrogant, or nasty way.

Making the first move and approaching someone, is something that many people are nervous about. However, if someone tends to have more anxiety, if they’re the shy type, if they’re insecure, very self-critical, self-conscious, and lack confidence, making the first move will not only be challenging and nerve wrecking for them, but it could nearly drive them nuts! And as a result, the biggest problem, is that many times, they’ll pass up on something that they really want in life because of their insecurities and fears. Their lack of courage will keep them from their goals and possibly from meeting that one special someone who could be the absolute love of their life.

For those who fall into this type of category, where they let their fears run the show and take over their lives, and to the point where it holds them back and keeps them from going after things that they really want, they need to think of ways to overcome their fears. And with as little discomfort as possible. The most important thing, is to find the courage to approach someone and say something. That alone, can be so challenging to many people. A simple smile or a kind and friendly hello can be challenging for some people, especially if they’re shy, socially awkward, or insecure. Again, no one likes rejection, but if you don’t go after what you want, you’ll never know if you’d get it.

Sometimes, being approachable is not enough and you have no choice but to make the first move. Having said that, if you don’t approach them, if you don’t make that first move, and if you don’t casually bump into them and say something to open up a dialogue, you might miss out and lose the opportunity. Don’t pass up an opportunity because of your fear. And I’m not solely referring to fear of rejection here, but even more so, the fear of starting up a conversation with a complete stranger… and perhaps, a beautiful stranger.

Say something, anything, just say something… And if only I could practice what I preach. I struggle with this fear myself, and at times, I can honestly say, that it tears me up inside. And trust me when I say that, it’s not easy to face this fear. I think that this is one particular fear though, that if we don’t face it, we won’t get what we want in life or in love to the extent that we might’ve otherwise. Sometimes you have to let it be known that you’re interested in someone.

Sometimes, you have to face your fear, you have to make that first move, and whether you’re a woman or a man, whether you’re super-confident or super-insecure, you have to go after what you want. That is, if you want it bad enough. And maybe, just maybe, the other person will reciprocate your warmth, your gesture, and praise you for going after what you want, and for displaying the type of courage that many people lack. Maybe that person, that one special gym crush or whoever you’ve had your heart set on, will want you right back. Maybe they’re the shy type too. 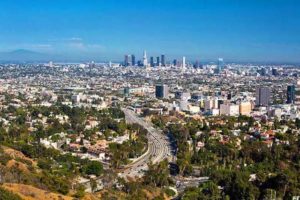