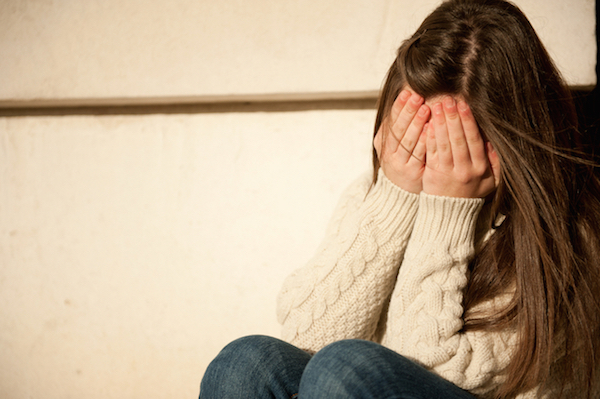 When we become parents, we end up getting faced with situations that might seem familiar to things that we might have experienced in our own past. And sometimes those familiar things are unfortunately, things that we might’ve even tried to block out, especially when they were so painful to us. And although blocking things out that hurt us in the past doesn’t help us to learn and grow, even after addressing and learning from unfortunate past experiences, many times we want to block them out so that we don’t live with sad or hurtful memories throughout our daily lives.

As a child, I’ve personally blocked out a lot of things that were hurtful to me. But as I got older, and once I realize that blocking things out wasn’t the best method for healing, I stopped doing it. And unfortunately, when certain things have been blocked out, you don’t always have the option of knowing what had really happened, and you might lose the option of coequal bringing back those memories. This especially goes for when you’re a very young child, because when you’re so young, you don’t intentionally block things out, it just happens naturally.

That’s why as an adult, it’s imperative to learn from our mistakes by figuring out why something had happened, so that we can learn and grow from it, even if it wasn’t something that we had any control over, and when things weren’t by our own doing. Having said that, many people bully others when they’re young, and yes, unfortunately even as adults many people get bullied. But once you become a parent, and you see that your child has been bullied by another child or children, I can honestly say that it’s one of the most hurtful things that you’ll ever feel, and likely, even more hurtful than how your child might feel in the moment.

You see, many times we need to suck up our feelings and emotions, so that our children don’t see us having such intense pain. Even for someone like me, that views their child and children as her best friends, there are still certain emotions that you shouldn’t let your children see. Nothing is more hurtful than watching your child hurt or suffer because of the cruel, insensitive, and selfish actions of another.

The other day, I received an email from my daughter’s school. It said that she had received two demerits because she and another boy were caught cutting each other’s hair in school. And the email went on to say how both children were at fault, and because of it, were being disciplined for their actions. It was only later that day, that I received a phone call and another email stating otherwise.

Apparently, without my daughter being aware of it, a boy had chopped off a huge chunk from the center of her long hair from the back, including some from the front that was draped over towards the back. After he had done that, many of the other children around started laughing at what he had done. And I’m sure that those other children don’t realize that laughter and tears come from the same place— not that they deserved to have the benefit of the doubt or anything. But when someone watches another person get bullied or harassed, and joins in the laughter about it, it defines them as bullies too.

When you see your child hurting, with sad and puffy eyes from the tears that have been provoked by someone that had hurt her or him, I can honestly say that the extent of the parent’s tears inside would be immense. The child that bullied my 13 year old, was expelled from school. I can’t really figure out why I felt so happy about that, because I know that everyone makes mistakes in life, but I’m also aware that a bully deserves a certain amount of punishment.

Maybe I was happy because a part of me was afraid to send her off to school again, knowing that she would have to live in fear on a daily basis, that these types of actions could G-d forbid, happen again. And in life, these things do happen, and we do recover from them. But it’s truly unfortunate, because this level of bullying was unwarranted by such a sweet girl, and I don’t think that I’m biased. My daughter is beautiful inside and out, and she has never bullied or deliberately hurt the feelings of another human being as long as I’ve known her to be.

I met up with her father who was taking my daughter to the hair salon. I wanted nothing more than to give my daughter kisses, as she was at the hair salon, trying to fix what had been done to her as much as possible. As I watched the lady cut all of her beautiful hair that remained, I had to create a sense of peace and happiness, so that it would rub off and exude from my being, even though I felt so hurt for her and what she had gone through.

I wrote this article, with hopes to spread the word of how our actions and words in life sometimes can be forgiven, but a part of us lives on with the memory of having experienced something so awful. It’s a shame that now my daughter might remember this experience for the rest of her life. And even if she carries it on with her and uses it as a growing experience, somehow I still feel bad about it. I feel as if I wasn’t there to protect her at every moment, when I should have or could have. But the truth is, we can’t be there for our children at every single moment of their lives, to always protect them from bad people, from being hurt, or even from experiencing a broken heart.

But as a parent, this is something that I, and all of you need to accept in life when you become a parent. I’m happy to see that my daughter is full of smiles now, and still has healthy, medium length, beautiful hair. She is a resilient young woman, and I’m proud to be her mother. And she is lucky to have a father who was there for her as well—very lucky. He had her back like no other. I hope she sees that, and how quickly he had her back.

Even though I can’t prevent others from bullying or hurting her in her life, I can still be there to give her kisses when unfortunate things do happen. To all of us that hope to be that perfect parent for our children, it’s important to know that no one is perfect, and sometimes, things are not in our control. But at the end of the day, when you are a truly good parent, you’ll always be there to catch your child if and when they do fall, and to help lift their spirits when they’re feeling down.

To those that bully others out there, I don’t necessarily believe in “an eye for an eye,” but I do believe in learning from your mistakes, instead of being bitter, and continuing on a journey that’s filled with jealousy, hate, and lack of remorse. Having a continued negative and toxic life, because of the bitterness that you might feel from the consequences that you get dealt from your actions, is something to learn from, and to be something that can be used as a tool to become a better person. Even that bully can have a new beginning. 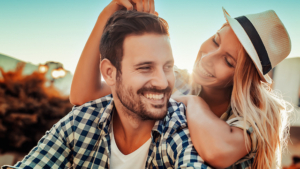 Why It’s Hard to Date When You’re the Complete Package
There is no such thing as a perfect match.