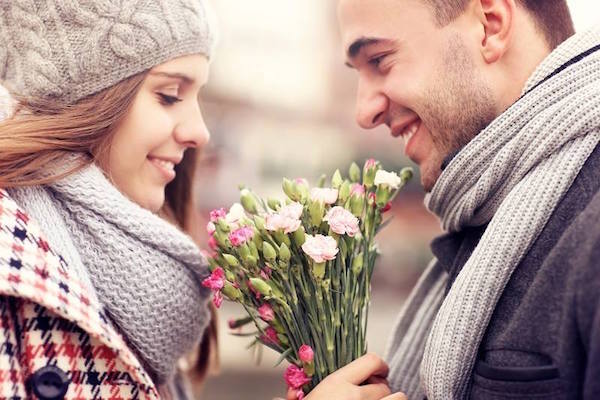 It’s true what they say, that with love, nearly anything is possible. However, it’s also true that sometimes love isn’t enough to make relationships work. Relationships take hard work, despite how compatible you are with one another, and despite how much you love each other. Relationships involve honesty, being faithful, trustworthy, compatible, having great communication, passion, chemistry, laughter, best friendship, and a connection on as many levels as possible. It takes a lot to make a relationship succeed, and one person can’t be the only one fighting for it to work. It takes two people that are both willing to put in effort and time into constantly improving themselves, and their relationship. That includes going through hard times, making it through them together, and becoming stronger and closer because of them.

When it comes to love, if two people truly care for one another, and are committed to each other, they can overcome many obstacles. Whether they’re financial, long distance, ups, and downs in their careers, turbulence through the development of their communication, or any other obstacles that might come across their paths. I’ve seen many times where two people wanted to be together, explored a situation, but because they lived far apart, with a certain amount of distance between them, things didn’t work out.

The reason that things don’t usually work out in a long distance relationship is either because of trust issues, cheating, lack of honesty, or neither person is willing to relocate if and when things might get taken to the next level, which would be getting engaged or married. Personally, I don’t buy it. It’s not that there’s no way that any of those reasons aren’t real excuses, and couldn’t become an issue for the couple that’s dating long-distance.

Couples should talk about their ultimate goals before they get too deep into any relationship, and they should definitely be on the same page, and even more so when they’re hoping to explore a long distance relationship. When two people truly love each other, they figure a way how to make things work. If there’s no possibility of making things work for a couple, then they should never explore that situation from the get-go. However, if the couple agreed early on that one of them would be willing to relocate, but at some point they felt that the distance was just too much, they’re just not willing to fight for the person, and it’s simply not worth it to them to keep the other person in their life, or let their relationship develop into something even more meaningful like marriage.

If two people are willing to put in the hard work that a relationship deserves, they’re on the same page, and they want the same things ultimately, then they should do anything and everything that it takes to make the situation work. Like I said before, with love, anything is possible. I’ve seen many situations within the same scenario, but some people are willing to put in the effort and the hard work to make their love and relationship last, grow, and continue for the long term, whereas others wouldn’t, and would simply give up. It all depends on how much two people love each other.

Many times one person develops stronger feelings for the other, and those feelings don’t get reciprocated in that same intense or elevated way. In cases like that, the person that usually has the stronger feelings is more likely willing to fight for the relationship to work for the long-haul, and the other one, not so much. This is why it’s so imperative during early dating and throughout a relationship to make sure that you’re on the same page as your partner, and that you pace yourself, and your feelings as much as possible so that you’ll be somewhat on the same page, including the development of your feelings for one another. I’m not saying that it’s an easy task to do, but it sure does make things easier.

There have been cases where people might be in a long-term relationship, and the relationship ends for example, because one of the people doesn’t want to take it to the next level, and get married. So they break up, and suddenly, that same person from that relationship that wasn’t interested in taking things to the next level very quickly gets into a new relationship and gets engaged. This leaves the person that they wouldn’t commit to in their previous relationship dumbfounded, hurt, and somewhat in shock of why that happened. The reason that they usually come up with is something along the lines of that they just didn’t want to marry them. My point is that when a person wants you, they’re always willing to put in the effort, and fight for what they really want. The right person will fight for you.

Everyone has a best possible match somewhere in the world, and it’s all about finding that partner in life that you’ll be the most compatible with. It’s important to recognize why a person didn’t fight for you, and it’s usually because you’re not the right match for each other. Remember not to take it too hard when someone isn’t willing to fight for you in the way that you may have hoped that they would’ve. They’re basically making room for the person that you’re destined to be with, your one true love. Your true love will fight for you, and won’t let you go so easily. Anything and everything is possible, can happen for you, and will happen for you when the time is right, and with the right person, who will indeed stick around for the long term.

“Don’t be afraid to give up the good to go for the great.” 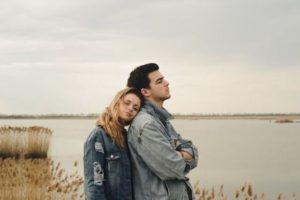 Healthy Divorce: How to Make Your Split as Smooth as Possible
It's always best to find ways to do things in…