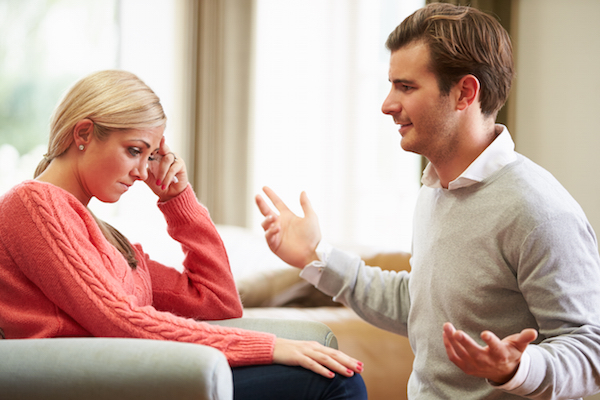 I’m well aware that people have different preferences on this issue. I can merely tell you what my personal opinion is and what I feel is the right thing to do, and that’s to be brutally honest. I figure that it’s better to be an open book, and brutally honest with your partner. Down the line, if and when your partner finds out what’s going on, and they don’t like it, they’ll likely be much more upset then, as opposed to if they knew what was going on right now. I think it’s better to save yourself the unnecessary heartache that you’ll likely end up going through later on by telling them what’s going on now.

Your partner shouldn’t get upset with you as much, even if they’re bothered or unhappy about what you’re doing, because you’re being honest and open about it. It’s when people start hiding things that bad things start to happen. When people start keeping secrets, and not disclosing certain information to their partner that they should, etc., they tend to make a habit of it. Keeping secrets or withholding certain things will likely build into a long-term pattern of dishonesty that you shouldn’t be okay with, even if you are.

The more sitcoms that I watch, the more that I see how many couples tend to keep their partner in the dark, in order to prevent fights. I personally can’t imagine living a life like that, where I can’t be open and honest with my partner, despite if things that I say or do upsets them. I’ve been lied to many times before, and I’ve definitely been kept in the dark quite often. Even though I’ve experienced that, I don’t think that I could ever be truly happy with a person that was treating me like that for the long term. I’d never want someone else to have to go through that either.

Many times, people feel that if things aren’t that big of a deal to them, then they won’t be a big deal to someone else, or at least they shouldn’t be. When people tend to feel that way, they automatically assume that it’s better not to tell their partner what’s going on. But, I’m here to tell you that they’re wrong! If you even have to question whether or not something is going to upset your partner, then you should probably run it by your partner, just to be sure. If your partner responds poorly or overreacts in any way after what you’ve shared, then your partner is in the wrong.

You can’t expect that your partner will like whatever it is that you’re thinking of telling them. But, what you can do is your part in the situation. Remember, half of the battle in telling your partner something that they might not like or want to hear, is the way that you tell them. The way that you approach your partner and the tone of your voice that you present the situation in, can make all of the difference in getting a more pleasant response. You should never feel the need to hold back your true feelings in a relationship, and you should always be brutally honest with your partner, even if it’s going to hurt them.

If your partner is the type that prefers to be in the dark, I’m sure that they feel that way “generally speaking,” and not for everything. Having said that, only you can be the judge on what you feel is best to do in your situation. I don’t know about you, but I’ve always preferred to have a partner that loves and adores me for my honesty, and someone that appreciates the fact that I’m such an open book. I personally don’t think that I’d get along very well with someone that always wanted to be kept in the dark, because I’d feel like we were going through the motions in life, and not being very real.

As you know by now, I’m all about being brutally honest, open book, real, and I’ve never been a big fan of going through the motions (see: “Do I Make You Happy or Are You Just Used to Me?“). If you’re in a relationship where you feel the need to hold back information from your partner, you’re likely not in a very healthy relationship, and it might be time to reevaluate. Don’t get me wrong, there’s no need to run, and break up right away. But, I’d definitely recommend talking with your partner about the situation that’s on your mind. I’d also bring up the fact that you’ve been feeling hesitant to share things with them openly, and that you’d like that to change.

When you get to the point in your relationship where you start debating whether or not to openly share what’s on your mind, and your reason is that your partner might not be letting you in on everything that’s going on in their life, then you shouldn’t do what they’re doing. They’re the ones who need to make the change and start becoming more of an open book, honest, and not leave you in the dark anymore. Don’t start putting your partner in the dark too! By doing that, you’re doing something to make your relationship even unhealthier. Let your partner know what’s on your mind, and free yourself from the worry that you’re letting pent up. If you have a loving and understanding partner, they’ll be appreciative of your honesty, and love you even more for being open, especially, when it’s hard for you.

5 thoughts on “Honesty vs. Being Kept in the Dark”

“If you really look closely, most overnight successes took a long time.” 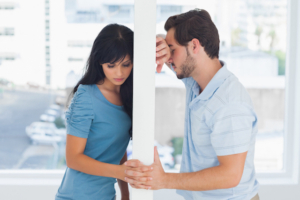 Do I Make You Happy or Are You Just Used to Me?
Ask yourself how often you smile.