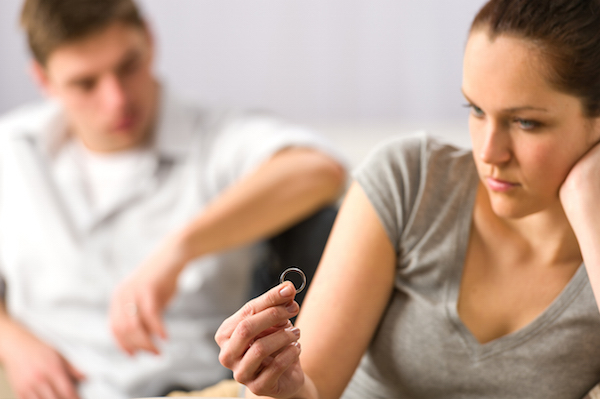 If I was going to write a one word answer to the question in the title, I’d say, “No!” However, I’m going to explain why I feel so strongly that it’s not okay to date a separated person. One of the first questions I ask someone that I’m considering dating is, “Are you married, single, separated, or recently out of a relationship?” You’d be surprised that some people that are actually married will still try to go after you. Strange, I know, but it’s true. Stay away from the married ones and end the conversation there. It doesn’t matter what they might tell you. It doesn’t matter if they tell you that their relationship is in shambles and it’s about to end. Still, walk away and don’t look back. If you’re on dating sites, you must ask this question for sure! What’s written on dating profiles is not necessarily accurate or the truth. If you think that you’re going to look stupid for asking, be smart and ask anyway.

If the person is separated, that means that they’re still married, and we all know what that means! It means that you need to walk away and end it there. If the person tells you that they’re separated and have been for years, and the divorce is about to be finalized, still walk away. You can let them know that once it’s finalized, if you’re both still single and interested, you can explore the situation then, but not sooner. Don’t let them ask you anymore questions. Stop the conversation, don’t discuss things further, and be firm in your feelings on the matter. It’s pretty much black-and-white for married and separated men and women. I cannot even comprehend how separated people can be on dating sites, etc. They’re still married! Even if they’re living separately and live separate lives, they’re still technically married. It’s unfortunately, very common these days for separated people to date and even go on dating sites.

Another reason that dating someone that’s separated isn’t wise, is that a person needs time to heal from their marriage. You don’t want to be a rebound girl or guy, and that’s what you’ll be! You’ll be a rebound person. You’ll have to hear about all of the mumbo-jumbo anger and hurt that they’re going through from their divorce, and how awful their ex spouse is. Yuck! Don’t waste your time on all of that! I sure wouldn’t want to! When people get out of a marriage, they need time to heal and they can’t do that and start dating someone new. Even right after a person gets their divorce finalized, they’re still going to need time to heal from the divorce. This also goes for when they tell you that they’ve already dated people since they’ve been separated. It doesn’t matter what people will tell you and how ready they think they might be. They’re simply not ready to be in a new relationship right after a divorce.

If you ask the person if they’re recently out of a relationship and they say yes, they’re not ready to date. Ask the person how long it’s been since their last relationship. If it was a recent separation, they’re definitely not ready to date someone new. People need time to heal. They might tell you that there’s no chance of them going back to the person and that they feel ready to date. Even if they’ve already dated other people since they’ve broken up. My advice would be not to date them. They need time to heal. The longer the relationship that they had, the longer the time that they’ll need to heal. If you date someone that’s recently divorced, separated, or recently out of a relationship, you’ll most likely be a rebound person. You’ll end up getting hurt. They won’t have an open heart and most likely, won’t be able to fall in love with you. Don’t risk getting hurt, for someone that doesn’t have an open heart.

The biggest reason why it’s not okay to date someone who’s recently divorced, currently going through a divorce, separated, or recently out of a long relationship, is that they’re going to be emotionally unavailable. Every person that you date should have a real chance at becoming your next meaningful love. They should have hopes that it can be everlasting. There’s no way on earth that that can occur, when the person you’re dating is emotionally unavailable and still healing from wounds from a previous relationship. People with wounds from a heartache or a failed relationship should give themselves time to heal. I absolutely disagree with using people to feel better about yourself.

It’s beyond wrong to try to move on emotionally from a heartache, by dating someone you merely consider to be a “rebound.” That’s truly cruel and insensitive to the person you’re about to date. You see, the person you’re about to date has hopes and dreams of finding true love and who knows, it could be you (but not when you’re emotionally unavailable and wounded). Give yourself time to grieve and soon enough, you’ll be in a much better place to start something new. When you’re emotionally ready to date, you’ll be able to fall in love. Until then, be kind enough not to date people with hopes of finding true love. You’ll only hurt them and now that you’re aware of how you’ll hurt them, you’ll be causing intentional pain, not unintentional. Thank you for reading and enjoy the rest of your night.

2 thoughts on “Is It Okay to Date a Separated Person?”

“I never dreamed about success, I worked for it.” 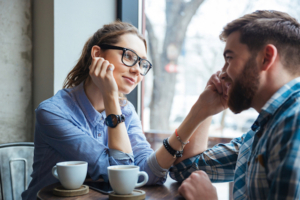 10 Negative Things About Serial Dating
Give promising situations a chance.