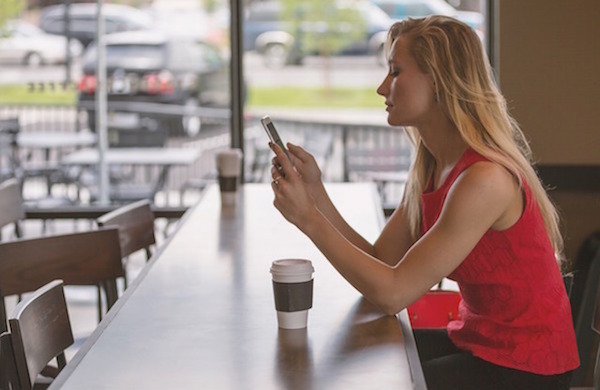 The endless emails are killing the chemistry you might’ve had with a person and turning you into pen pals. The most important thing to find out with the other person is whether or not you have fire and chemistry together. That’s why it’s so important that once you find each other online, you take it to the next level. By no means do I think the next level is going on a date. I’m so against going on that boring coffee date. If you read some of my previous articles, then you’d already know my feelings about the lame coffee date and how I believe dinner is the way to go. My point is that there doesn’t need to be endless emails before asking someone out that you meet online. A man should get a woman’s phone number and give her a call after a few emails back and forth.

When you meet someone online, depending upon which site you’re using, they let you wink at a person, flirt with them, and of course, email as well. Some people don’t respond to others when they merely wink or flirt, instead of emailing. This goes for men and women. I’m definitely one of those people, and I wouldn’t recommend winking or flirting. I would get straight to the point of contacting the other person through email.

Once you email another person, and you get a response that you liked, it’s important to write back and ask a couple of questions that are important to you. After you’ve asked a couple of questions back and forth, you should get a better idea of who you’re communicating with. The person you’re communicating with should definitely have a picture up and at least one, if not more. Physical attraction is very important, but it isn’t everything and some people are simply not very photogenic. However, you definitely shouldn’t think that the person is disgusting looking in their pictures or you shouldn’t respond at all.

So let’s say that you find the person’s pictures attractive and you’ve emailed to each other back and forth already. Now you’re ready for the next step, which is the man asking for the woman’s phone number. You need to have a first conversation before going on a date. Once the man gets the woman’s phone number, he should call her. When a woman gives a man her phone number, it’s not solely for texting, but for communicating on the telephone as well.

The first conversation needs to be had before going on a first date and cannot be just texting back and forth to each other. It’s always a good idea to send each other a picture that’s recent, and that’s not on the dating site to each other’s phone before meeting. It just gives comfort and security to know that the person’s profile on the dating site isn’t fake. You’d be surprised at how many people create fake online dating profiles. Once you’ve had that phone call, making sure you’ve asked all of the right questions, seeing that you had good phone chemistry, and you’ve both passed the voice test, the man should set up a date during that first phone call.

The problem with online dating, or one of the problems I should say, is that people tend to email back and forth through dating sites to a point where it can be consuming and merely wasting time. There really shouldn’t be too many emails back and forth. Especially, not where anyone is asking personal questions that should be asked on the phone or even better, in person. Dating sites are just a way for people to find each other and once they’ve found each other, they need to get off out of the toxic dating site scene as soon as possible. They should take it to the telephone, and then in person.

Having endless emails back and forth through a dating site can be so annoying and time-consuming. As well, many people have busy lives and they’re so consumed with other things that they can’t spend so much time emailing back and forth to one another. It’s not that people aren’t making time to find their true love. It’s just that dating online is hard enough as it is, and it’s not a healthy environment to stay on for the long-term. The sooner people get off of dating sites, the better. Dating sites are just there to meet someone and then they should be removed once you’ve met someone that you have potential with. Having said that, emailing back and forth preposterous questions that can be asked on the phone shouldn’t be asked through dating sites. Get the girl’s phone number and give her a call and ask her.

There shouldn’t be more than a few emails back and forth. When someone talks to you on the telephone for the first time, it can shed some light into your personality, and they can tell a lot from your voice as well. The first phone call with someone new is essential before going on a first date. As soon as you meet someone online, you should ask a few questions, and then take the plunge and get the person’s phone number and start talking sooner, rather than later. As we all know, in the toxic world of dating sites, there are many fish in the sea and many people who like to go fishing.

You’re not looking for a new pen pal, you’re looking for your true love and you should do everything in your power to get you to that person. Don’t stall meeting the love of your life with a bunch of emails. If a person is hesitant to talk on the phone once you’ve emailed back and forth for a while, there might be an underlying issue with the person. Once you’ve made a connection with someone online, there shouldn’t be any fears for having that first conversation, other than if you’re a little shy and excited. So remember, stop all of that emailing back and forth mumbo-jumbo and get her phone number and see what can come about.

3 thoughts on “Online Dating and the Endless Emails”

“You give them your song, your soul, and your music, and they play you like a cheap violin.” 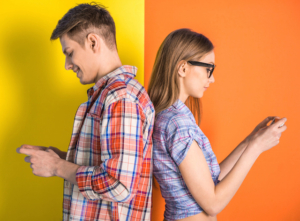 He’s Great via Text – in Person, Not So Much
Texting too much before a first date is a waste!