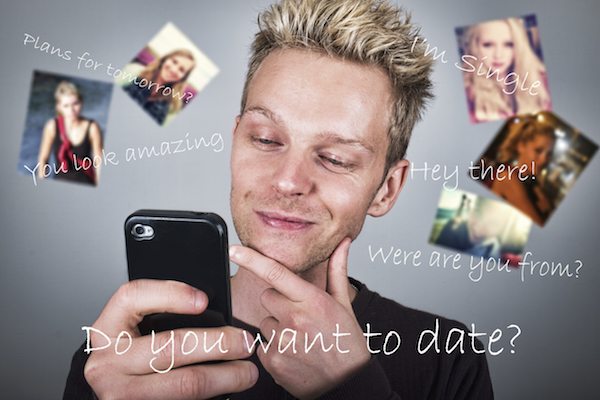 When dating someone that you meet online, you definitely have to be more selective, than you’d have to be if you’d met them anywhere else. The same goes for when you meet someone anywhere, but when you meet someone online, you have to know a person’s intentions, and if they match up to yours, before you accept a first date. Otherwise, you’re wasting the other person’s time. There’s never a point to just meet and see how you feel, when you already know that your intentions are different. It’s ridiculous how many people want to meet someone, despite knowing that most likely they can’t be with them for whatever reason. By doing that, they’re basically getting the other person’s hopes up, which is totally unfair to them.

I find it to be a truly selfish act when a person wastes anyone’s time while dating, especially when it comes to online dating. This is one of the biggest reasons that online dating leads to serial dating. I always talk about how important it is to find out what a person’s intentions are. Once you’ve found out that you have different ultimate goals, if you go on a date with that person anyway, knowing that you most likely can’t end up together, it’s not only a waste of time, but it’s wrong on so many levels. It’s unfortunate that many people don’t comprehend that and go out anyway, because they find each other attractive. That’s a big mistake and a huge waste of people’s time. This is definitely something that’s contributing to people going on endless first dates and serial dating.

Another bad thing that people do when they’re hoping to date someone who they meet online is emailing back and forth too much. This is even worse of an act when someone already knows that there’s a good chance that they can’t be with a person. Let’s say that they already know that they ultimately can’t be with you, but they’re still open to dating you, because they find you attractive. That’s obviously wrong and messed up, like I said in the first paragraph. But, when they take it to the next level, and waste a person’s time even more by emailing back and forth, it’s beyond ludicrous. Enough is enough when it comes to the pen pal letters in online dating.

Having a pen pal is something that they taught the importance of in the first grade and it should either end there, or continue if you have friends that live far away. When it comes to dating and getting to know a person, emailing back and forth too much is definitely not the way to go. Of course, you want to find out enough about the person before exchanging phone numbers and having that first and imperative conversation. Having said that, you need no more than one, two, or three emails sent back and forth, before having enough of an idea to proceed to a first phone conversation or not. As well, when you already know by reading a person’s profile that there’s a huge chance that you won’t end up together, there’s no sense in communicating back and forth.

Despite what some people are using online dating for, it’s only meant to be a dating site. Note the word dating in dating site, and you should get the gist. Online dating is not a way for people to make friends. Facebook, or even better, meeting someone in person, at a party, or an event, etc., is the more appropriate place to meet people for social reasons. Online dating is not a place for networking, making new friends, or seeing what’s out there. Many people have got it all wrong! Dating sites are simply another way for people to have an opening towards meeting someone to date, be in a relationship with, and hopefully get married to, if that’s their intention. Did I mention that it’s definitely not a place to find hook ups. Having said that, online dating services would make no money and get no love from people, if they weren’t predominantly filled with people that were only looking to hook up. 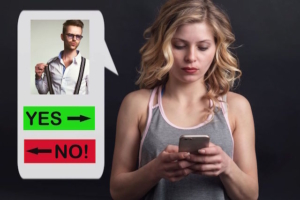