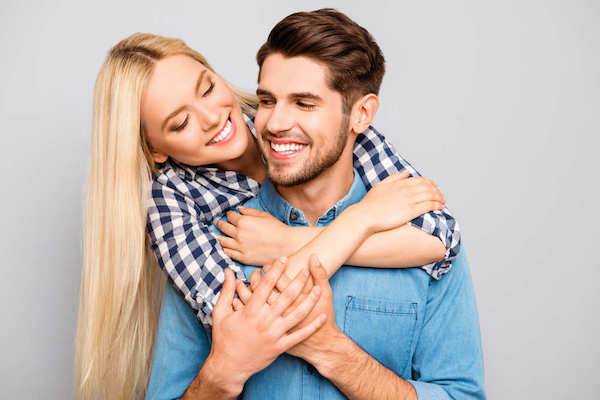 When it comes to early dating, getting to know another person can be quite challenging at times. Many times people put on a front by trying to act in a way that would be perceived as more impressive to their date. For whatever reasons, many people believe that they need to impress someone to the max during early dating. On the contrary, during early dating (and perhaps always) you should be the best version of yourself, without going overboard, and without not being genuine. First impressions aren’t supposed to be false impressions.

It’s important that when people are genuinely interested in meeting someone with pure intentions, and long term motives, they act authentic and as themselves. We shouldn’t waste other people’s time when it comes to dating and getting to know whether or not you’re a good match for someone. If your intentions are genuine, pure, and you’re being your authentic self, you’re going to end up finding what you’re looking for a lot sooner than you try to impress someone by showing off or sugar coating things.

When you have to show off, go overboard, or sugarcoat things in order to impress someone, you’re trying too hard. If you feel that someone will want to be with you more if you sugarcoat things or dress them up so to speak, it’s a complete waste of time for you and the other person. Impress people with the truth, and with who you really are! It’s important to be authentic in life, and not just when it comes to dating someone. I specifically wrote this article about dating, because it seems that it’s become a bigger issue amongst singles these days.

If you really want someone to love you for you, then you need to be authentic and act as yourself. There’s no need to put on an act. If someone’s going to like and love you for all of the right reasons, don’t stall the process by sugarcoating anything. Let someone fall in love with you for you, and not some version of you. These days on most people’s must-have lists, they’re writing, “I want someone that’s going to be real, genuine, and authentic.”

Let me ask my readers this.

When you read that statement, were you shocked, surprised, or simply used to the fact that this is something on most people’s must-have lists?

Think about this for a second.

Shouldn’t this be something that goes without saying?

When did being fake and lying become so common in the dating scene?

Being authentic should be an obvious must-have, and not something that should even need to be said. We’re talking about being genuine folks. It’s almost ludicrous that the dating scene has come to this point where being real and authentic needs to be on our must-have lists. Kind of crazy if you’d ask me.

No one should have to dig, and search to find out who the real you is. If you’re the person that sugarcoating who you are, how you act, or even what you do for a living, you’re stalling your own process for finding your true love. Someone that would be considered to be your true love would never judge you for not being perfect. If anything, your soulmate, your other half, and your future partner in life (that I’m sure you’re going to choose if you’re smart) will love you for you, the authentic version of you, the only version that there should be of you, and they’re likely even going to adore your imperfections.

Be with someone who’s going to “get” you, love you, and adore the heck out of who you are when you’re being truly authentic. Don’t let the fake, manipulative, user types of people make you feel the need to dress up who you really are. You should never care what other people think to the extent where you put on an act or a show to try and seem more impressive.

Don’t get me wrong, it’s important to have good table manners and to act as a lady or a gentleman. But, when it comes to putting on a front or having a guard up so to speak, and making people have to search endlessly before you let that guard down and be the real you, it’s going to be hard to connect with anyone on a deeper level. If you want someone to really embrace who you are, develop feelings for you that are genuine, and love you for you, then you have to be authentic, let go, and be yourself.

5 thoughts on “The Power of Being Authentic on Dates”

The Beginning of a New Relationship
Some great tips for starting a new relationship.