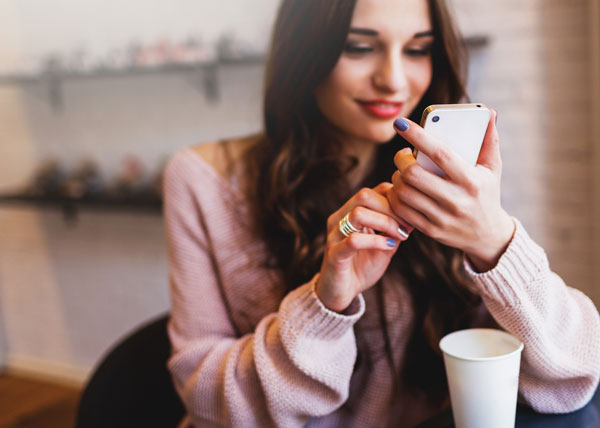 For those who are in the dating scene, I’m sure by now you’ve accumulated perhaps more than a few phone numbers and contacts in your cell phone. Yep, that’s right. There’s no more little black book or Rolodex. It’s all in our phones, right at our fingertips. And this especially goes for those who have tried online dating. Singles these days waste so much time staring down at their phones, texting, sending pictures, and playing with all of the different Apps  on their phones, whether dating sites or social media, and they’re becoming completely consumed with these things that don’t provide anything substantial in life.

One of the worst things that singles do these days, and that has become a tremendous distraction, which also delays and stalls the process of anyone actually finding that one special someone, is the fact that we’re wasting our time by communicating and texting with people who we shouldn’t. And if you’re single, and you want to deny that you do this, go right ahead. But the reality is, most singles these days are texting and communicating with people who they’re not really interested in, who they might not even end up dating or being friends with, and yet, they’ll text them anyway, and for many different reasons.

I’ve written before about the importance of knowing what you want and how important it is to have pure intentions, as well as knowing what the person you’re dating wants and what their intentions are. When we know what we want and what our intentions are, as well as what the person we’re dating wants and what their intentions are, we’re well ahead of the game and we can already eliminate pointless communication with people. It’s imperative not to waste our own time or anyone else’s in any way, and that includes texting them when we know that we’re not the right match for one another.

Take out the trash, and delete those pointless contacts!

So many people will text others when they know that they’re completely wrong for one another. Many times, people do this because they have ulterior motives, because they’re bored, or even because they feel lonely for a moment and can’t bear to find some other activity to do—so they text. It’s important to be active and to have a life that feels full and makes you feel complete and whole. If you’re the type of person who gets bored easily, then you should find something productive to do that will enhance your life. But to stay home or even go out for that matter, and be on your phone texting or sending pictures (and Heaven forbid, sexy ones too!) to other people, when you know that you’re not going to be with the person/people, it’s a complete waste of time.

If your intentions are pure and you truly hope to find a meaningful relationship and build a connection with someone on as many levels as possible, you shouldn’t be wasting your time texting, communicating, or even dating the wrong people. And obviously we all know by now how dangerous texting and driving can be. So just think of all of the times that we’ve texted other people while we’ve driven places, putting our lives at risk, other people’s lives at risk, and for what? We’re doing this to text people who we aren’t even interested in, who we don’t even want to be with, and just to kill time or be nice? Really?

Be safe. Obviously don’t text and drive. But also, don’t waste your time or anyone else’s by texting and communicating or even dating people when you know that you’re the wrong match for one another. Make texting, talking, communicating, and dating special by being more selective and only dating and communicating with people who you have true potential with. And if you don’t know what you want and really aren’t sure about your intentions with this or that person, stay home, don’t date, and turn off all of your dating apps and websites until you can figure it out! Like I said, don’t waste your time or other people’s time, and don’t do things to stall finding your best possible match. 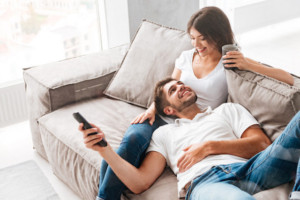 When You’ve Found That One Special Someone – Hold Onto Them
Some differences between happy and unhappy relationships.