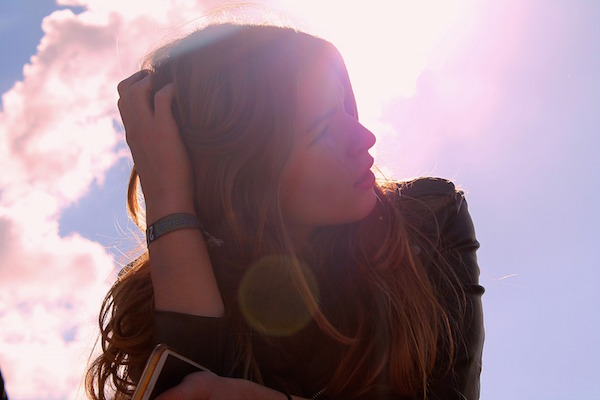 When it comes to knowing what you want, many of us do, many of us don’t, and many of us can’t decide. There’s a certain timeframe that people usually have when they can’t seem to make up their mind with things. There could be people putting pressure on you to make up your mind or the opportunity simply won’t be there for too long. It’s important to figure out just how important something is to you to attain, think of the pros and cons, and figure out whether it’s in your best interest to proceed.

If you decide to proceed in whatever it is, take it to the hole so to speak, and don’t look back. In other words, stick to your guns, and be stable with your decision. Whether they’re business related decisions, whether or not to take the next step in relationships, or in any other serious matter that may occur, sometimes big decisions are hard to make. I wrote this article to somewhat elaborate on the subject of making big decisions, finally making your mind up about something, and sticking to it.

In relationships, when you’re in a state of limbo, it’s not only uncomfortable for you, but for your partner as well. When you can’t make up your mind about whether or not to be exclusive with someone, you’re likely hesitant for certain reasons. You simply have to figure out whether those reasons are logical, based on facts, or whether they’re based on fear. If you’re feeling afraid to get into an exclusive relationship with someone, figure out why you’re afraid, and either end the situation, because clearly you’re not ready, or jump into it and see how things work.

If your fears of getting into an exclusive relationship with someone are purely emotionally-based, containing no logic whatsoever, perhaps you should give things a shot, and maybe, you never know, but you might have a chance at finding happiness with the person. When you’ve been in a relationship with someone for a while, and you’ve been debating whether or not to propose to that person, you can only debate that for so long, before your partner will likely become antsy, and want to know where the relationship is going.

When you follow the 3 date rule like I’ve suggested to people, and you ask a lot of questions during those three dates, you’ll likely get to know whether or not you want to be in an exclusive relationship with the person sooner, rather than later. The dating period is important, and no one should be exclusive for at least three dates in my opinion. Once you’ve had three dates with a person, and you see that your feelings for them are growing, and you want similar things down the line, and in the future, then you should be exclusive.

When you’re in a relationship with someone, many times there will be differences of opinion on how long the couple should be in a relationship before getting engaged. This is why it’s so imperative that both people in relationships be on the same page from the beginning, until the end. It’s important to have somewhat of a game plan when it comes to the relationship, and to match up on your desired timelines.

Being in an exclusive relationship, or as I like to call it, dating with marital intentions, you’re basically giving things a shot. It’s important to eliminate other distractions like other people that might want to date you, so that you may concentrate fully on this one person, and give things a real shot. I don’t believe that anyone needs to be in a very long term relationship before getting engaged. However, I do believe that a relationship must take place before getting engaged, and it should be exclusive. Being in an exclusive relationship doesn’t mean that you’re definitely going to marry the person. It means that you’re giving the relationship a chance to progress, and to see if you’re the best possible match for one another. Then, and only then, you should make up your mind about whether or not to move forward.

There will always be things that people can’t make up their mind about. It’s only those very big decisions that you shouldn’t stay in limbo for too long for. Like I said before, if you’re having too many doubts about a person that you’re with, perhaps you’re not the right match, or perhaps you should look inside yourself, and figure out why you’re having those doubts. If those doubts are logical, and you know that ultimately you can’t be with the person, or that things won’t be in one of or both of your best interests in moving forward together, then you should definitely end the situation.

It’s important that no one strings anyone along while dating, in relationships, and even when you’re engaged. There’s no sense in postponing popping the question, if you know in your heart that you’re never really going to pop it. Just as well, there’s no sense in being in a relationship with someone at all that you don’t have a good feeling that you’ll have a future together down the line.

Being decisive is so important when it comes to maintaining a happy, healthy, and stable relationship. Indecisiveness can put a heavy weight on a relationship that could not only bring unnecessary pain and discomfort, but it could create a turbulence between couples that could end up being the biggest problem that the relationship has. It’s important to remember that it makes no difference how amazing a person might seem, how attractive, how sexy, how intelligent, or what a great catch someone is, because they might not be a great match for you. Someone that seems nearly perfect in every way, still might not be the person that you’re supposed to end up with.

If you’ve tried a relationship with this nearly perfect person, but things didn’t work out, it doesn’t mean that you should go backwards, and try things again with them. Clearly, if things ended, and for logical reasons, they’re likely going to end again if you decide to explore that situation again. Move forward, don’t be wishy-washy, and don’t explore an old situation for sudden feelings of loneliness, or for the mere fact that you remember how “good” certain things were with that person. When you make a decision to end things with someone and they’re based on logic, don’t look back.

“The only person you are destined to become is the person you decide to be.” 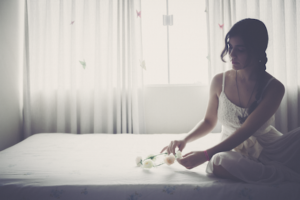 Break up, Make up, and Repeat
Make up your mind, and stick to it.